Archives: The Connection of the Serenity Prayer to Detroit, Michigan

THE SERENITY PRAYER
…its origin is traced… 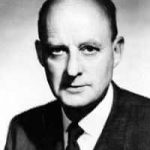 At long last the mystery of the Serenity Prayer has been solved!

We have learned who wrote it, when it was written and how it came to the attention of the early members of AA. We have learned, too, how it was originally written, a bit of information which should lay to rest all arguments as to which is the correct quotation.

The timeless little prayer has been credited to almost every theologian, philosopher and saint known to man. The most popular opinion on its ownership favors St. Francis of Assisi. 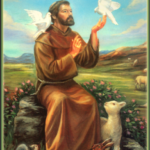 Our version was written by Dr. Reinhold Niebuhr, of the Union Theological Seminary, New York City, in about 1932 as the ending book of prayers.

Dr. Niebuhr says, “Of Course, it may have been spooking around for years, even centuries, but I don’t think so, I honestly do believe I wrote it myself.”

It came to the attention of an early member of AA in 1939. He read it in an obituary appearing in the New York Times. He liked it so much he brought it in to the little office on Versey St. for Bill W. to read. When Bill and the staff read the little prayer, they felt that it particularly suited the needs of AA. Cards were printed and passed around. Thus the simple little prayer became an integral part of the AA movement.

Today it is in the pockets of thousands of AAs; it is framed and placed on the wall of AA meeting rooms throughout the world; it appears monthly on the back cover of our magazine, The AA Grapevine and every now and then someone tells us that we have quoted it incorrectly. We have. 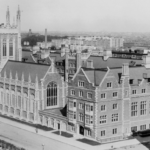 As it appears in The AA Grapevine, it reads:

Many tell us that it should read:

The way it was originally written by Dr. Niebuhr is as follows:

“In fact,” says the good doctor, “In some respects, I believe your way is better.” 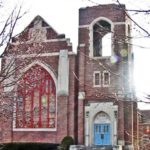 What this great article doesn’t state is his early life:

In 1915, Reinhold became an ordained pastor. The German Evangelical Mission Board sent him to serve at Bethel Evangelical Church, 2270 W Grand Blvd, Detroit, Michigan. The congregation numbered 65 on his arrival and grew to nearly 700 under his leadership. He served as a parish minister in Detroit, Michigan, an industrial city for 13 years.

Thus the connection of the Serenity Prayer to Detroit, Michigan.