“Alcoholics And God” by Morris Markey 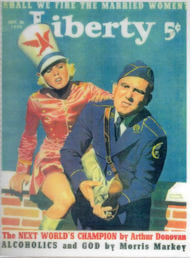 Charles Towns, owner of Towns’ Hospital where Bill Wilson had sobered up, tried to get publicity for A.A. and finally succeeded. He had known Morris Markey, a well-known feature writer, for years. Markey was intrigued by what Towns told him of A.A., and approached Fulton Oursler, then editor of “Liberty,” a popular magazine that had a religious orientation. Oursler saw the possibilities at once and said, “Morris, you’ve got an assignment. Bring that story in here, and we will print it in September.” (Oursler later wrote a number of successful books on religion. He became a good friend of Bill’s and served as a trustee of the Alcoholic Foundation.)

In September 1939, when the “Liberty” piece hit the newsstands, Bill thought it was a bit lurid, and that the title, “Alcoholics and God,” would scare off some prospects. Perhaps it did, but “Liberty” received 800 urgent pleas for help, which were promptly turned over to Bill W. who turned them over to Ruth Hock for a response. “She wrote fine personal letters to every one of them,” wrote Bill, “enclosing a leaflet which described the A.A. book. The response was wonderful. Several hundred books sold at once at full retail price of $3.50. Even more importantly, we struck up a correspondence with alcoholics, their friends, and their families all over the country.” When Dr. Bob read the story he was elated. “You never saw such an elated person in your life,” said Ernie G. the second (there were two Ernie G’s). “We all were,” said Ernie’s wife, Ruth. Anne Smith said, “You know, it looks like we might be getting a little bit respectable.” It was AA’s first successful piece of national publicity. The stories in the Cleveland Plain Dealer followed shortly thereafter. One result of the article was that A.A. was started in Philadelphia. George S. of Philadelphia, one of the first “loners” had sobered up after reading the article. When the issue of Liberty first arrived, George was in bed drinking whiskey for his depression and taking laudanum for his colitis. 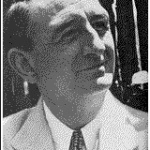 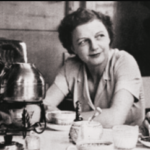 The Markey piece hit George so hard that he went ex-grog and ex-laudanum instantly. He wrote to New York, his name was given to Jim Burwell (see “The Vicious Cycle” in the Big Book), who was a traveling salesman, “and that’s how A.A. started in the City of Brotherly Love,” wrote Bill. Jim and George gathered others to them, and the first A.A. meeting in Philadelphia was held in George’s home. Chicago also reported getting several new prospects as a result of the “Liberty” article. Bill wrote to Dr. Bob, “We are growing at an alarming rate, although I have no further fear of large numbers.” A few weeks later he wrote Dr. Bob that “the press of newcomers and inquiries was so great that we have to swing more to the take-it-or-leave-it attitude, which, curiously enough, produces better results than trying to be all things at all times at all places to all men.”