Archives: THE BENSONS-“FRIENDS OF AA”

There are many myths and urban legends about the non-alcoholics who helped start AA in the metro-Detroit area. We hope this clears up many legends. 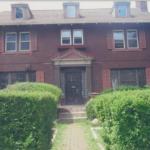 The Bensons, Elmer (Ben) and Elizabeth (Beth) were the couple who planted the seed of recovery and nurtured it to bloom in Archie Trowbridge.
The Bensons were an unassuming couple who were “upper-middle” class, which was a pretty good level coming out of the Depression. Ben was in upper-level management the J.L. Hudson Department Store. Beth was an associate director with the social service department of the Detroit Council of Churches. They lived at 860 Taylor Street, Detroit, which was just north of the Boston-Edison District.

The Bensons were members of the Oxford Group in Detroit. They were the type to do the hands-on service work with the down-and-outers, the nitty-gritty type of service work. Oxford Group meetings were being held first at a church at the corner of Woodward Avenue and Boston Blvd. Eventually they were moved to the newly built Northern Branch of the YWCA in Highland Park. 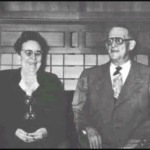 In early 1937, through the Oxford Group, Ben had learned of a new program of recovery for an alcoholic that was starting at the home of a member of the Oxford Group down in Akron, Ohio. Ben and his wife were so interested and such hands-on type of people that they went down to Akron. They stayed with this guy, by the name of Dr. Bob Smith for a couple of weeks to learn about this new “procedure.” 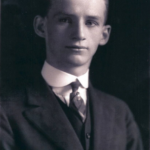 In the late summer of 1938, the Bensons were introduced, by a mutual friend, “Ralph,” to a young man by the name of Archibald Trowbridge, who was considered to be a chronic alcoholic. Arch had been a sheltered young man. He was emerged in fear when suddenly both parents had died with-in a year of each other and left him alone. He turned to alcohol for the support.

Archie met with the Bensons. Beth came right out and told Archie, that he alone would have to make that decision to get help to stop drinking. Then and only then would the Bensons help him get the help with the disease he had acquired.

After contacting the Doctor in Akron, Ohio, the Bensons drove Archie down to Akron and introduced him to the good Doctor and his wife Anne. Archie was to stay with this couple for about 10 ½ months to learn about this new program to help alcoholics like him to give up the drink.

Upon his return to Detroit, the Bensons, along with Sarah Klein, began to help Archie establish a group of alcoholics to help each other, at Archie’s Kirby Street attic room. 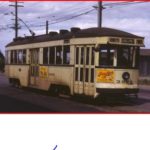 The group eventually grew to six people. With borrowed chairs from other rooms, five people sitting in his room and one in the hallway.

The Bensons offered the basement of their home at 860 Taylor Street to hold their meetings. The meeting was fondly called the “Bensons’ Basement Meeting.” This was started in November, 1939 with about eight people in a corner of the basement and quickly grew to about 25-30 people, that filled the basement. It had to be truly astounding to see 25-30 guys, former alcoholics, get off a street car at Woodward Ave and Taylor Street and walk two blocks to Bensons’ house every week. About 2-3 months later the meeting was moved to a place called Doty Hall. 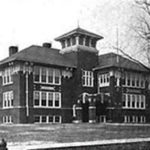 Their meetings were only held for a short period of time at Doty Hall. It appeared that this location was too far from where the winos, drunks and low bottoms were hanging out, namely skid-row.

Before the meeting was discontinued at the Bensons’ basement, Dr. Bob Smith, a co-founder of Alcoholics Anonymous and Archie’s sponsor, was invited to come up and look things over. Dr. Bob gave his first open-talk, as a celebration of the growth of A.A. in Detroit. 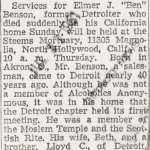 In late 1942 the Bensons moved to California, where Ben acquired a job managing a war-time factory for the War Department, leaving a wonderful legacy of recovery back in Detroit. In a 1951, Detroit News obituary it states, “Elmer Benson was very instrumental in starting A.A. in Detroit, but was NOT an alcoholic.”