Archives / Stories / The Evolution of the Dark World of Alcoholism

Story: The Evolution of the Dark World of Alcoholism 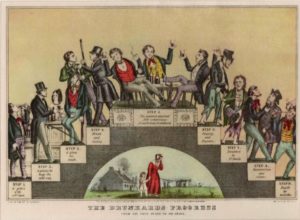 Dr. Benjamin Rush’s Inquiry into the Effects of Ardent Spirits on the Human Mind and Body catalogues the consequence of chronic drunkenness and argues that this condition is a disease that physicians should be treating. Rush’s writing marks the beginning of the American Temperance Movement.

Rev. Lyman Beecher’s Six Sermons on Intemperance describes those “addicted to sin” of intemperance, notes presence of “insatiable desire to drink,” and describes warning signs of addiction to distilled spirits. 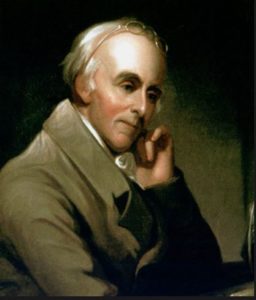 Dr. Samuel Woodward calls for creation of inebriate asylums. The idea was to punish these people for their disorders and provide them with a strong reason to stop using and start living their lives in a new way. Interventions for alcoholism involved yelling and even physical abuse, and the treatment that followed used many of the same tactics. Perhaps some people were “scared straight” with these methods, but it’s almost certain that these methods also did a significant amount of mental harm to the people who endured them.

The Washingtonian Society organized by and for “hard cases,” will grow to more than 600,000 members before its precipitous decline in the mid-1840s. Many local Washingtonian groups are replaced by a new social institution — the Fraternal Temperance Society, some of which are organized exclusively for “reforming” men. 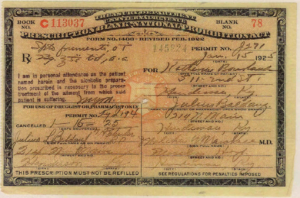 Lodging Homes and later (1857) a Home for the Fallen is opened in Boston –marking the roots of the 19th century inebriate home. As inebriate homes spread, they will spawn several alcoholic mutual aid societies such as the Godwin Association.

By the 1870s’ the New York State Inebriate Asylum, the first in the country, is opened in Binghamton, NY. A growing network of inebriate asylums will treat alcoholism and addiction to a growing list of other drugs: opium, morphine, cocaine, chloral, ether, and chloroform. The opening of the Martha Washington Home in Chicago marks the first institution in America that specialized in the treatment of inebriate women. Jerry McAuley opens the Water Street Mission in New York City, marking the beginning of the urban mission movement. This movement, spread across America by the Salvation Army, caters its message and services to the “Skid Row.” The urban missions will birth such alcoholics’ mutual aid societies as the United Order of Ex-Boozers. The missions are linked to religiously-oriented, rural inebriate colonies.

In the 1880s’ cocaine is recommended by Sigmund Freud and a number of American physicians in the treatment of alcoholism and morphine addiction. Bottled home cures for the alcohol and drug habits abound; most will be later exposed to contain alcohol, opium, morphine, cocaine and cannabis.

In 1879 Dr. Keeley announced the result of collaboration with John R. Oughton, an Irish chemist, which was heralded as a “major” discovery” by Keeley. The discovery, a new treatment for alcoholism, resulted in the founding of the Keeley Institute. The treatment was developed from a partnership with John Oughton, an Irish chemist, and a merchant named Curtis Judd, “Fargo, N.D., History Exhibition”. The institute attempted to treat alcoholism as a disease. Patients who were cured using this treatment were honored as “graduates” and asked to promote the cure. Dr. Keeley became wealthy through the popularity of the institute and its well-known slogan, “Drunkenness is a disease and I can cure it.” His work foreshadowed later work that would attribute a physiological nature to alcoholism.

She Can Help your Husband

By 1900, as inebriate homes and asylums close, alcoholics are relegated to city “drunk tanks,” “cells” in “foul wards” of public hospitals, and the backwards of aging “insane asylums.” Wealthy alcoholics/addicts will continue to seek discrete detoxification in private sanatoria known as “jitter joints,” “jag farms” or “dip shops.” 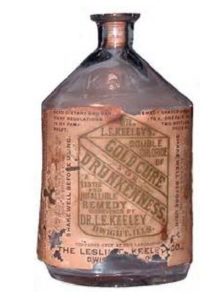 The Charles B. Towns Hospital which was located at 293 Central Park West in Manhattan was started as a treatment hospital in 1901, and with the roaring twenties and the increase in alcoholism made it successful, however, after the stock market crash of 1929 admissions to the hospital had significantly declined. The hospital aimed at drying out the well-to-do patient. The Charles B. Towns for Drug and Alcoholic Addictions in New York City marks the beginning of a new type of private “drying out” hospital for affluent alcoholics and addicts. It was an expensive detoxification facility and one was not admitted unless the fee was paid in advance or a backer guaranteed to pay the fee which in those days was $200 to $350 for a five day stay. At this time the Chief of Staff was Dr. William Duncan Silkworth. Silkworth had lost all his savings in the market collapse and he had come to Towns to help alcoholics.