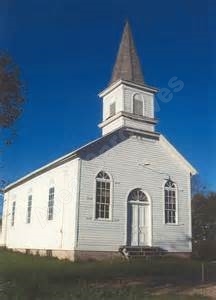 The North-West Group of Alcoholics Anonymous of the City of Detroit was formed in 1941. It was the outgrowth of a separation. The original single group, then numbering approximately forty members and meeting at 4242 Cass Avenue The members decided to divide into three units as a matter of convenience. Accordingly, the Central Group, meeting at 4242 Cass Avenue, East Group meeting at the Mack Avenue Business Men’s Club, the Westside Group, meeting at a barber shop on Hamilton and Puritan Ave, came into existence.

In the early days the group’s name changed from the Westside group to the Northwest Group and finally to the Plymouth-Ilene Group. The first meeting of the Westside Group was held on the night of October 16th, 1941 and located at a barber shop at Puritan near Hamilton. They were there about a month before they moved to Richard’s Card Shop at 10216 Plymouth Road. They stayed for a couple of months.

In June, 1943, a group of members proposed the idea of a separate discussion meeting to more advantageously present the Twelve Steps of the Recovery Program to the new affiliates. A decision was made to hold a closed meeting for alcoholics only for this purpose. Since that Thursday night there has been a meeting every Thursday night of this group in the same hall regardless of weather, time or season of the year (1948). The first discussion meeting of the North-West Group was held at 10216 Plymouth Road on Monday night, June 14th, 1943, and has been held every Monday night without exception thereafter. Mon. – Instructional meeting, Thur. – Closed meeting, Fri.-Open meeting.

A plan of presentation of the Twelve Steps of the Recovery Program was developed prior to this meeting in 1942, but greatly promoted by this group in 1943.

A group information sheet dated September 29, 1943 lists the group with 68 members, one of which was in the armed forces.  They met on Plymouth Road on Thursdays at 8:30 pm.  Helen King was the contact person for the group. 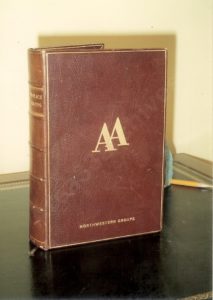 Around the Christmas of 1943, the group purchased a Fifth printing of the first edition of our beloved Big Book. This Book was autographed by all the earliest members of Alcoholics Anonymous.

Since its inception, the North-West Group has grown until, March, 1948; the following are some of the other groups formed either in total or in part, by separation from the parent North-West Group.