There are many myths and urban legends about a non-alcoholic “member” of Alcoholics Anonymous in the metro-Detroit area. We hope this clears up many views. 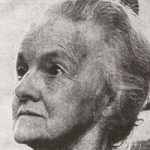 Sarah Klein, a non-alcoholic, had received one of the earliest copies of the “Big Book” which contained the story of Alcoholics Anonymous in April, 1939. It held the instructions for a program of recovery from alcoholism. She was so impressed by what she read that she wrote to the Alcoholic Foundation in New York City. In her letter, she inquired how they intended to put into practice that which they had wrote in the book. The Foundation had sent her a reply that they had a member in Akron that would be returning to Detroit about mid-summer. The Foundation also sent a letter to Archie Trowbridge recovering at Clarence Snyder’s home and informed him that they had received a letter of request from someone in Detroit and of course he assumed that S. Klein was not only an alcoholic, but also a man. Archie Trowbridge came home July 10, 1939 and immediately contacted S. Klein.

Sarah Klein could have been one of the leading socialites in Detroit, an outstanding art patron or belong to any of the many country clubs of the time. She chose instead to help a down and out recovering drunk in a flop house in Detroit’s skid row. She didn’t drink and never did. 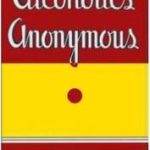 Her unbelievable story has always been lightly touched on, the story of a social matron sitting with a recovering drunk in a dingy third-floor walk-up room on Kirby Street between Cass Avenue and Second Street, now a part of the Wayne State campus. Two people attending the first Alcoholics Anonymous meeting in the city; the alcoholic, sick and penniless, who was determined to start that first meeting in Detroit. Sarah Klein, then 53, a wife of an alcoholic, mother of two. She and the alcoholic, Archie, were complete strangers. His home was bleak, hers was an elegant home in the Palmer Park District. 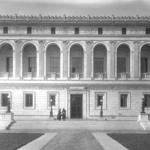 The only furniture in the room was single bed and a table with a wash basin. With no chairs in the room and Archie too weak to sit-up, Sarah would sit on the side of his bed as they talked. Her voice would carry, showing traces of her proper Bostonian schooling. She had been a student of the Greek, French and Latin languages.

She was the wife of Edward Klein, and advertising executive. They had raised two children, sending them off to college. She had been the perfect partner behind a bridge table. She had been one of the founders of the Women’s City club of Detroit, a group of local women that encouraged people to attend plays to help maintain culture in a city of blue collar workers. But bridge, travel and talk about the new plays, she left to those whose hearts were not touched by an inspiration like hers.

She had been born into a proud and privileged New York family. The granite from father’s quarry built New York’s Grand Central Station and the Detroit Public Library on Woodward Ave and Kirby Street. She broke her mother’s heart because she didn’t want a debutante party, didn’t like teas, didn’t like chiffon dresses.

At the tender age of six, she had begun school in a Boston Girl’s boarding school, and through her schoolmate and closest friend, encountered her first alcoholic, the little girl’s mother. At 53, she recalled the compassion she felt for that beautiful alcoholic woman. Sarah recalled, “In those school years, more than twelve, no one ever mentioned that she drank. Three or four times a year she would lock herself into her room and drink for days and days. When she came out, the family went on like nothing had happened. I sorrowed for her. I cried on the inside, ‘Why doesn’t someone help her!”

Her yearning to help caused her to throw herself into issues of the day: The peace rallies before World War I, the preparedness parade down Fifth Avenue led by Mrs. Theodore Roosevelt. She marched to the suffrage parades and her young husband, Edward would stand on the curb and laugh.

They moved to Cleveland, and then in 1920s they moved to Detroit, where her children, Charles and Jane Ann were born. She eventually went on to have four grandsons. During this time alcoholism touched her life again, someone very close. She said, “Again there was a prayer within me that somewhere there was someone who could help.” That alcoholic turned out to be her husband, Edward. They were separated, and then divorced, moving out of the Palmer Park District, over to the east-side of Woodward Avenue onto Longwood Street. Edward was on an early A.A. membership list, living in a skid row hotel, but eventually disappeared. 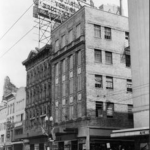 Alcoholics Anonymous had begun in Akron and New York City and stories had begun appearing. Sarah wrote asking for information. Her letter, signed S. Klein, was referred subsequently to the lone interested alcoholic in Detroit who thought he might be able to start a “chapter.”

Archie thought S. Klein was an alcoholic as well as a man. They met anyway. For three months, on Thursday nights the two held meetings, the jobless impoverished alcoholic and the slim aristocratic, divorced woman who didn’t drink.

They prayed for another alcoholic to join them. They acquired two more men that achieved sobriety, but they didn’t want to be involved in any of those “damned” meetings. Eventually, a man named Lloyd, his brother-in-law, a man named Steve, who was to become the group’s first secretary, and a man from the Ypsilanti State Hospital, who was Roy(Leroy), the first 12th step call Archie had made in March, joined their group.

Roy, the man from the hospital, was the first person from a “treatment center,” although back then they were called asylums. This man was a former executive for Hudson Motor Car Co. and was able to go back to work for a major automobile company. Sad to say, he eventually died from alcoholism in the late 1940s.

Others came and went; they had to borrow chairs from other boarders, until they reached six, with one member sitting in the archway. Only Sarah could afford a telephone. She took messages from her home, it was unchartered ground. The “Big Book,” Alcoholics Anonymous wasn’t quite available or affordable yet, it was the princely sum of $3.50 for those “low-bottom” drunks. They had to feel their way and pray. Arch would start each meeting by saying, “I haven’t had a drink since September.” Week by week they moved on.

In October, 1939, Sarah and the Bensons’ urged Archie to go on the radio and be interviewed about his disease. The feeling was that by going on the air it would get the word out about Alcoholics Anonymous being available locally to the alcoholic. They also felt Archie was the best one to be interviewed, which would also help him with low self-esteem, even though the interview only last 6-7 minutes. This would probably be one of the first times A.A. was heard on the air. 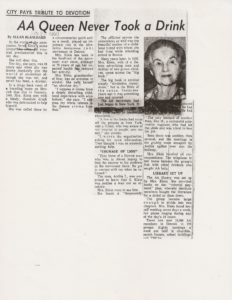 Sarah was the office girl, secretary, receptionist, and finally, librarian. She carried “Big Books” in a briefcase, eventually going to six meetings a week, always going by bus and streetcar. This austere beginning was to set the stage for what was to become the Central Office, A.A. of Greater Detroit, incorporating in January of 1946. Sometimes her family would say, “Mother, you go with the queerest people.” Sarah tried to keep her personal life separate, but enthusiasm bubbled out wherever she went.

One time a woman asked Sarah to meet her for lunch at the D.A.C., Detroit Athletic Club. The woman said she had seen Sarah at so many places and knew about her work and she begged Sarah never to tell people that her husband was alcoholic. Sarah assured her she never had to worry.

At first, Sarah’s husband’s family urged her to join the country clubs and try to become a part of their life. But she didn’t fit in; she always felt she was a square peg. Near the end of her life, with the all the vigor she could muster in her voice, she would snap her fingers indignantly and say, “She’ll have no part of that angel talk. Her hair was white, not gold. She could scarcely walk, much less fly.”

Archie Trowbridge and Sarah Klein along with a lady named Helen King would start the first Intergroup in Detroit, called the Metropolitan Groups Association. This experiment would prove to be very disastrous as there were no Traditions yet in place.