There are many myths and urban legends about the treatment center that help start AA in the metro-Detroit area. We hope this clears up many views. 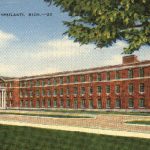 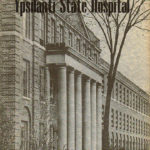 During 1937-1940 periods, Ypsilanti State Hospital had a large intake of men with the disease of alcoholism. At that time we were still debating whether to put alcoholics into jail/prison or insane asylums. The State of Michigan built this facility to help ease the problem, but it quickly filled up.

In 1936 through the 1940s these alcoholics published their own newsletter, called, “Ypsi Slants.” This publication would give information of what was going on in their little community in the hospital. Dr. Bob Smith would get most of the alcoholic cases rather than Bill Wilson for two reasons. He was based at home without much traveling and he was a medical doctor. Dr. Bob Smith had done his early studies at the University of Michigan, so he was familiar with the lay of the land. He, therefore, would send to Ypsilanti State Hospital some of the real tough cases he felt weren’t safe to be around his family because of physical outbursts. 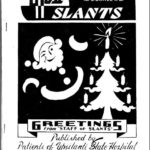 The hospital’s monthly publication, the “Slants” articles by the patients, states, “Mutual Aid Organization plans close co-operation with Alcoholics Anonymous, a rather similar organization now coming into national prominence, with recovery, the association of former patients of the Psychiatric Institute in Illinois. There is a fellowship of Alcoholics An­onymous in Detroit.”

The first meeting was starting in Detroit, its original name being the Detroit Group, a result of the “Bensons’ Basement Meeting.” From this beginning service outside the group was developing. Mike Eshelman encouraged fellow members to go in a car load to carry a meeting out to the State Hospital. 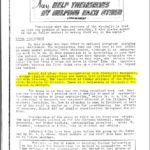 One of the cases that Dr. Bob sent to Ypsilanti was Roy M., who was Archie Trowbridge’s first Twelfth Step experience. Roy was such a chronic alcoholic, he made many attempts, but finally succumbing to the disease in late 1948. 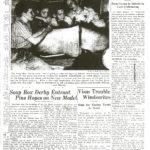 Archie Trowbridge, with the urging of Sarah Klein would do open talks at Ypsilanti State Hospital and would eventually bring Roy to the “Detroit Meetings.” The beginning of the expansion of Alcoholics Anonymous in Metro Detroit.