Archives: Alcoholics Anonymous a.k.a. “The Big Book” is Born

The process for creating our book, Alcoholics Anonymous 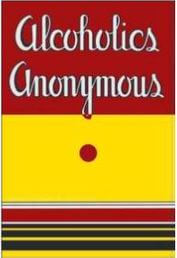 The title of the book Bill Wilson wrote is Alcoholics Anonymous, but it is referred to by AA members as the “Big Book.” It’s main objective is to help the alcoholic find a power greater than himself that will solve his problem. The “problem” being an inability to stay sober on his or her own.

One of the main reasons the book was written was to provide an inexpensive way to get the AA program of recovery to suffering alcoholics. 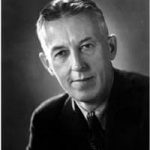 In the early days of AA, after the new program ideas were agreed to by Bill Wilson, Dr. Bob Smith and the majority of AA members, they envisioned paid AA missionaries and free or inexpensive treatment centers. Alas, initial fundraising efforts failed.

In 1938, Bill W’s brother-in-law Leonard Strong contacted Willard Richardson, who arranged for a meeting with A. Leroy Chapman, an assistant for John D. Rockefeller Jr. Bill envisioned receiving millions of dollars to fund AA missionaries and treatment centers, but Rockefeller refused, saying money would spoil things. Instead, he agreed to contribute $5,000 in $30 weekly increments for Bill and Bob to use for personal expenses.

Later, in 1940, Rockefeller also held a dinner for AA that was presided over by his son Nelson. It was attended by wealthy New Yorkers as well as members of the newly founded AA. Bill hoped the event would raise much money for the group. Upon conclusion of the dinner, Nelson stated that Alcoholics Anonymous should be financially self-supporting. That the power of AA should lie in one man carrying the message to the next, not with financial reward but only with the goodwill of its supporters. 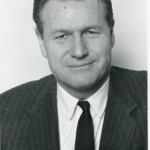 Although Bill would later give Rockefeller credit for the idea of AA being nonprofessional, he was initially disappointed with this consistent position. After the first Rockefeller fundraising attempt fell short, he abandoned plans for paid missionaries and treatment centers. Instead, Bill and Bob formed a nonprofit group called the Alcoholic Foundation and published a book that shared their personal experiences and what they did to stay sober. The book they wrote, Alcoholics Anonymous (the Big Book), is the basic text for AA on how to stay sober. It is from the title of this book that the group got its name. 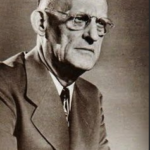 The book had 8 Roman and 400 Arabic numbered pages. “The Doctor’s Opinion” started as page one. Later in the Second Edition it was moved to the Roman numeral section of the book.  The basic text ended at page 179 not 164. 29 stories were included: 10 from the east coast, 18 from the mid-west and one last-minute story from the west coast (which was ghost written by Ruth Hock and removed in the second printing). The Foreword to the first edition contains many of the key principles that later shaped the Traditions and the AA Preamble. 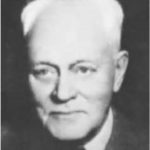 Alcoholics Anonymous: The Story of How Many Thousands of Men and Women Have Recovered from Alcoholism is a 1939 basic text, describing how to recover from alcoholism. It was primarily written by one of the founders of Alcoholics Anonymous (AA), Bill Wilson  with two chapters, “To Employers” written by Henry Parkhurst. Dr. William D. Silkworth contributing the section on The Doctor’s Opinion.

In the entire 1st Editions, Dr. Silkworth did not sign the letter he submitted to Bill for the book. He stayed anonymous because he did not want to be expelled out of the American Medical Association (AMA). The medical society of the time did not prescribe to the theory that alcoholism was a disease. The AMA had declared that alcoholism was an illness in 1956. So in the 2nd Edition in 1955, Dr. Silkworth allowed his name to be used because of the changing attitude. 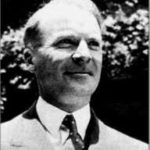 There was much debate over the God issue, therefore Chapter four was included, “We Agnostics.” This was credited to Jimmy B., who was a devote atheist. He is credited with the phrase, “A Power greater than ourselves.” 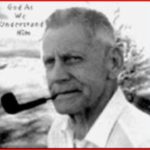 The Appendix II also contained information about William James’ book on, The Varieties of Religious Experience, a book Bill had read upon coming out of a blackout.

Archie Trowbridge, the founder of A.A. in Detroit, writes a note in his book which was one of the first one hundred of the first print, “were purchased from the printer in small 3-6 book lots because that is all they could afford to pay for at that time.” 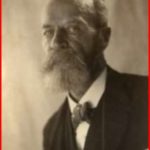 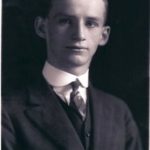 On April 10, 1939, 4,730 copies of the first edition of “Alcoholics Anonymous” were published at $3.50 a copy ($54 in today’s dollars). The printer, Edward Blackwell of the Cornwall Press, was told to use the thickest paper in his shop. The large, bulky volume became known as the “Big Book” and the name has stuck ever since. On page 170 of “AA Comes of Age” Bill W wrote that the idea behind the thick, large paper was to convince the alcoholic he was getting his money’s worth.

Initially the Big Book did not sell. 5000 copies sat in the warehouse, and Works Publishing was nearly bankrupt. Morgan R., recently released from an asylum, contacted his friend Gabriel Heather, host of popular radio program, “We the People,” to promote his newly found recovery through AA. The interview was considered vital to the success of AA and its book sales. To ensure that Morgan stayed sober for the broadcast, members of AA kept him locked in a hotel room for several days under a 24-hour watch. The interview was a success. Hank Parkhurst arranged for 20,000 postcards to be mailed to doctors announcing the Heather broadcast and encouraging them to buy a copy of Alcoholics Anonymous. Book sales and AA popularity also increased after positive articles in Liberty magazine in 1939 and the Saturday Evening Post in 1941. 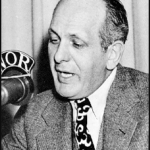 At the time of the publication of the first edition, The Big Book was typically well received by most critics, referred to by one reviewer as “the greatest redemptive force of the twentieth century.” A reviewer for the New York Times stated that the thesis of the book had more of a sound base psychologically than any other book on the subject and that the book is unlike any other book ever published. Other critics called the book extraordinary and stated that it deserved the attention of anyone worried about the problem of alcoholism. It was noted by the American Association of Psychiatric Social Workers that contacts with the members of an A.A. group increases one’s respect for their work. “To the layman, the book is very clear. To the professional person it is at first a bit misleading in that the spiritual aspect gives the impression that this is another revival movement” and that “it is more impressive to the professional person to watch the technique in action than to read the book.” However, not all reviewers, especially those in the medical field, found merit in the book. The review that appeared in the October 1939 volume of the Journal of the American Medical Association called the book “a curious combination of organizing propaganda and religious exhortation…in no sense a scientific book.” Similarly, the Journal of Nervous and Mental Disease said The “Big Book” was “big in words…a rambling sort of camp meeting…Of the inner meaning of alcoholism there is hardly a word. It is all on the surface material.” This review went on to “degrade” the alcoholic: “Inasmuch as the alcoholic, speaking generally, lives a wish-fulfilling infantile regression to the omnipotent delusional state, perhaps he is best handled for the time being at least by regressive mass psychological methods, in which, as is realized, religious fervors belong, hence the religious trend of the book.” The views about the book and about alcoholism espoused in these two journals were typical of how alcoholics and other addicts were viewed by many in the psychiatric field during the middle of the 20th century. 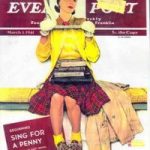 On June 29, 1939, the New York Times did a book review written by Percy Hutchison  on the “Big Book.” This review was a glowing report on how something was put together by former alcoholics for alcoholics.

It is one of the best-selling books of all time, having sold 30 million copies. In 2011, Time magazine placed the book on its list of the 100 best and most influential books written in English since 1923, the beginning of the magazine. In 2012, the Library of Congress designated it as one of 88 “Books that Shaped America.”